The Importance of the Reformed Baptism Form The Importance of the Reformed Baptism Form

The Reformed Form for the Administration of Baptism is one of the most important of all the secondary confessions of many Reformed churches worldwide. It is certainly the most read in the churches. In its original form dating from the late 1500s, soon after the Protestant Reformation, it received its present form and official standing from the Synod of Dordt in 1618/1619.

In various languages, including the Dutch, the Form functions at the baptism of adult converts and of the infant children of believers in many Reformed churches everywhere in the world. By virtue of its use to administer, solemnize, and explain the sacrament of baptism, this form is read in the worship services of Reformed churches more often than any other creed or form, with the exception of the Heidelberg Catechism.

Lacking has been a thorough, faithful, sound commentary on the Baptism Form in the English language.

This lack is now met by a translation into English for the first time of the authoritative, if not definitive, commentary on the form by the highly qualified and esteemed Dutch pastor and theologian, Dr. B. Wielenga, Ons Doopsformulier (in the English translation of the commentary, The Reformed Baptism Form: A Commentary. Kok of Kampen published Wielenga’s commentary in 1906.

The commentary sets forth the Reformed doctrine of baptism as sign and seal, the doctrine of the covenant of God with the children of believers, and other vitally important truths related to the sacrament, including the relation of the covenant and election. 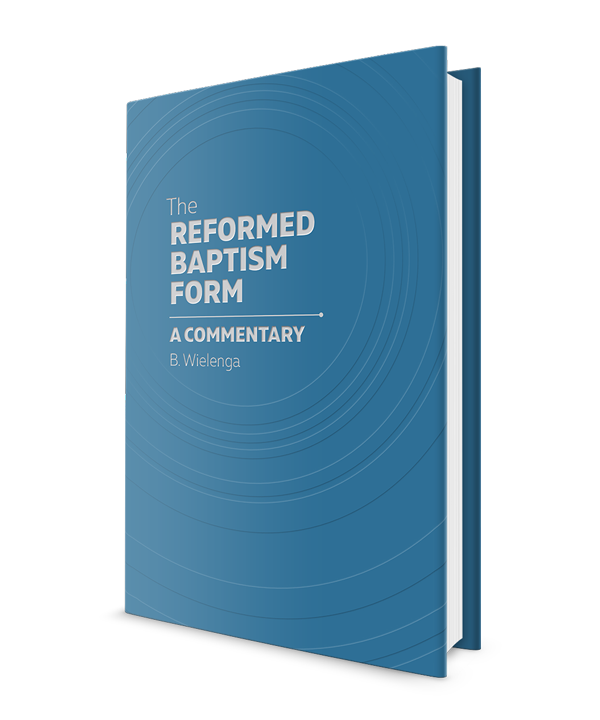 It is also intensely practical, considering such matters as whether the officiating minister should sprinkle once or three times; whether it is proper to make of the administration of the sacrament an occasion for the gathering of relatives and friends; and, more significantly, whether parents and church are to regard and rear the baptized children of believers as regenerated, saved children of God, or as unsaved “little vipers”—in which (latter) case, of course, no rearing is possible.

The author was determined to explain the language itself of the form, avoiding the temptation to introduce convictions of his own. Written clearly and simply so as to be of benefit to all Reformed believers, the commentary also gives the Reformed pastor deep insight into the sacrament of baptism and its administration. This is a book that will help all Reformed Christians, pastors, and churches to be Reformed in thinking and practice with regard to the sacrament of baptism, especially with regard to the baptism of the infant children of believing parents.

To order the book, visit our website, www.rfpa.org, or email us at mail@rfpa.org.